Osman Kavala is awarded 2019 European Archaeological Heritage Prize in the individual category by the European Association of Archaeologists (EAA) for promoting the social values of our shared heritage and his contributions and vision in the field of cultural heritage. The Heritage Prize was awarded during the Opening Ceremony of the 25th EAA Annual Meeting in Bern, Switzerland, on 4 September 2019. During the ceremony, the chair of the Association for the Protection of the Cultural Heritage, İsmail Yavuz Özkaya, who accepted the award on behalf of Osman Kavala, delivered a speech and conveyed Osman Kavala's message. 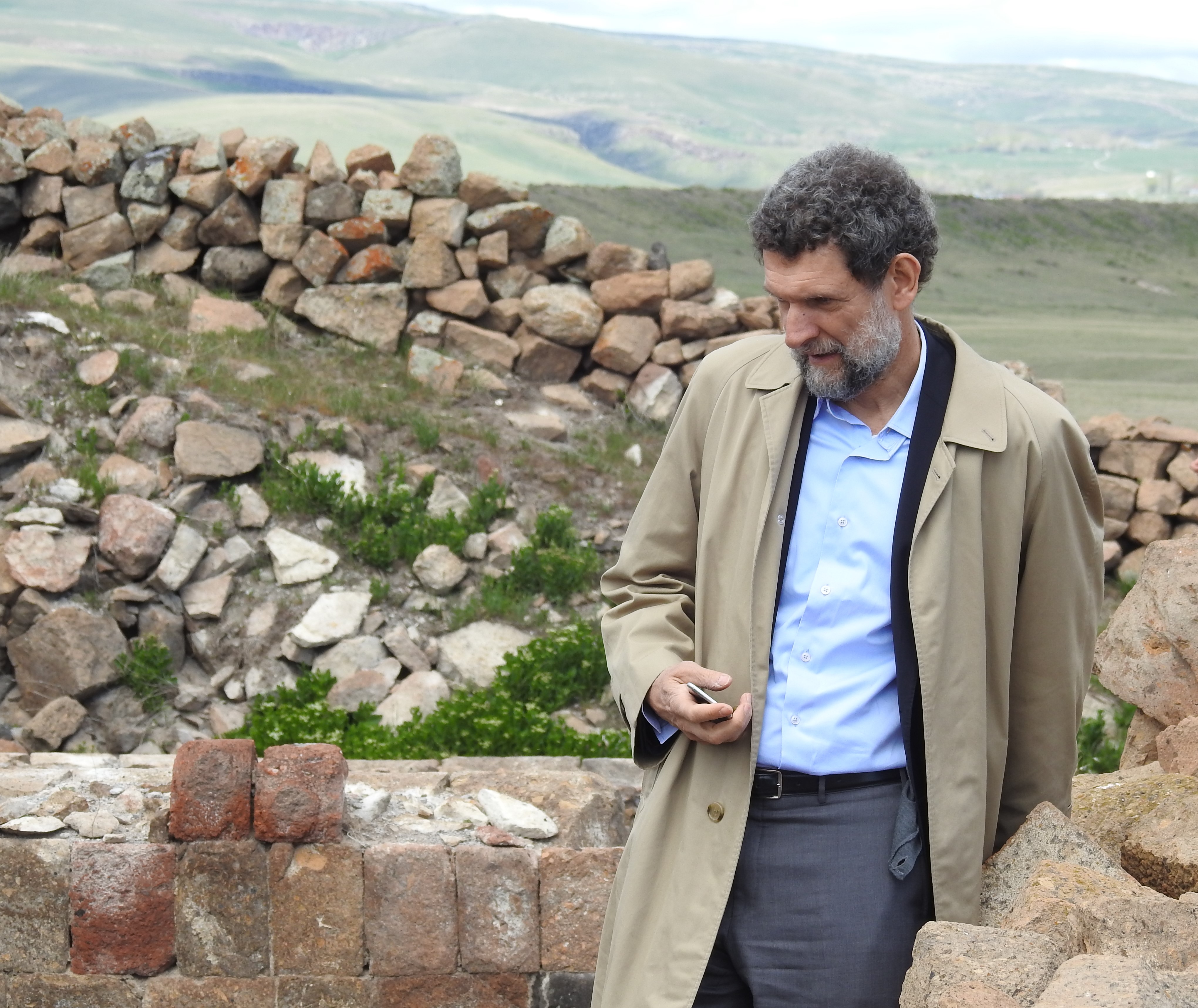 In the press release, it was noted that "The EAA considers that the winners of this year’s prize both make an unassailable case for the exceptional use of their scientific and technical backgrounds for the purpose of promoting the educational and social values of our shared heritage."

Below is the excerpt from the press release:

"Osman Kavala, an entrepreneur and patron, is awarded the European Archaeological Heritage Prize 2019 in recognition of his dedicated and untiring promotion of knowledge, protection, and preservation of endangered cultural heritage in Turkey. He has been held in prison since October 2017 without conviction of any crime.

For Osman Kavala, a key value of heritage is its ability to underpin the value of cultural diversity as a source of social and economic well-being. This has led him to promote cultural heritage projects of importance for the history of minority cultures and, in particular, that of the Armenian people.

Despite the absence of diplomatic relations between Turkey and Armenia and in a context of significant political sensitivities, the dedicated heritage diplomacy of Osman Kavala made it possible for Turkish and Armenian experts and scientists to work together for the protection and preservation of some of the most important medieval monuments of Armenian culture in Turkey. This collaboration is an important context for the 2016 inscription on the UNESCO World Heritage List of the site of Ani.

The associations and foundations which Kavala supports, have promoted the protection and preservation of important examples of the rich cultural heritage of Turkey and have also involved local communities. This brought opportunities for economic development in marginal areas, sometimes distant from the main centers of economic and tourism growth and enhanced the local population’s understanding and pride in their cultural heritage and its origins.

In addition to his work for the cultural heritage of the Armenians, Osman Kavala has also promoted the heritage of other minorities who, over the centuries, have left clear traces of their presence in what is now Turkey: Greeks, Syrians, Kurds, Jews, and Georgians.

Another good example of Osman Kavala's work is the production of bilingual educational materials that highlight the cultural heritage in Turkey and Syria for Syrian children, now refugees in Turkey to make them proud of where they come from.

Osman Kavala has sought to address the unmet needs of members of society who live in difficult conditions and sometimes as minorities. He has promoted his own understanding that cultural heritage helps civil society and democracy. He has supported actions that aim to promote cultural diversity through cooperation between peoples. It is for this vision and the passion with which it has been pursued that Osman Kavala is awarded the European Archaeological Heritage Prize 2019 of the European Association of Archaeologists." 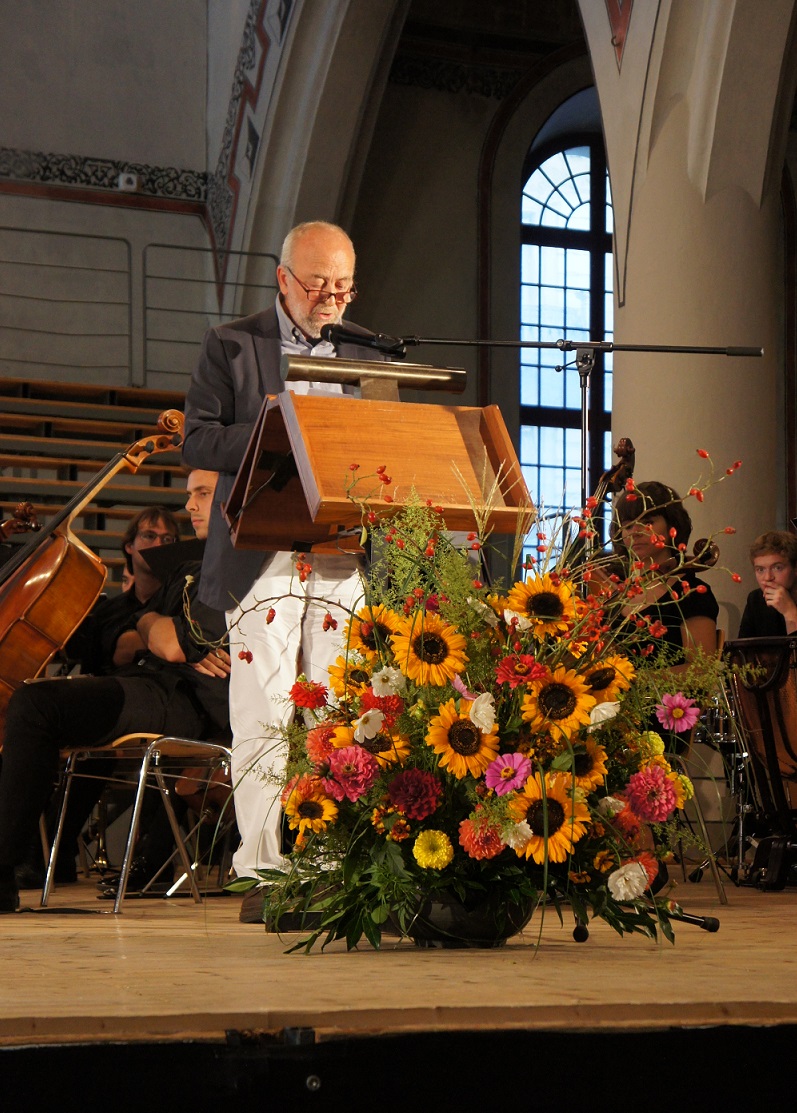 "I would like to express my sincere gratitude to the selection committee of the 2019 European Archaeological Heritage Prize given to dear Osman Kavala, and to dear Carsten Paludan-Müller for his nomination of Osman Kavala for the prize.

I am the acting director and co-founder of a small association, KMKD (Association for the Protection of Cultural Heritage) together with dear Osman Kavala, which works to document, protect and raise awareness about the diverse and rich, yet abandoned, ignored, and un-protected Armenian, Greek, Jewish, Syriac and Georgian cultural heritage in Turkey. Still, my work with Osman Kavala is more focused on Ani world heritage site, started in 2006 and still continue with the development of a mobile application for the visitors of Ani, which Osman Kavala initiated last year while he is behind the bars.

I am sure Osman Kavala regrets that he could not make it here today, as he could not to any of the “Ani” exhibition openings displayed first in Istanbul a few months after he was taken hostage. He could not attend any of the openings that took place later in Yerevan, Oslo, and Ankara. “Poetry of Stones: Ani an Architectural Treasure on Cultural Crossroads” is not only an extraordinary exhibition shaped by the wisdom, devotion and hard work of Osman Kavala, but a collaborative work, a creation of experts from Armenia, Russia, Turkey, and the third countries, demonstrates best what dear Osman Kavala stands for.

And I stand here today, not just to receive this precious and honorable prize on behalf of dear Osman Kavala,  but to convey his sincere greetings by bringing his own voice to the audience here."

"It is a great honor for me to receive the 2019 European Archaeological Heritage Prize. The prize also presents great moral support for me, as someone who has been behind bars for the last 22 months without being able to understand the reasons behind it.

Monuments built by the Armenian communities in the eastern part of our country tell the story of a culture that has lived and thrived for centuries. In the aftermath of 1915, the year when the Armenians were uprooted from these lands, these stories have lost their audience, they were silenced, and some of them were destroyed. Fortunately, as shown by the conservation work at Ani, in recent decades, steps have been taken to preserve the monuments that survived this great destruction. Ani has an exceptional characteristic. Since this ancient city was abandoned centuries ago and remained uninhabited, a unique harmony was formed between nature and the masterpieces of Armenian architecture. Thus, Ani strikingly reveals a centuries-old truth: The lasting values for humanity are not the gains through wars, deaths, and killings, but the works of art that influence the feelings and thoughts of the next generations.

Our organization, Anadolu Kultur, tried to facilitate cooperation with international experts and organizations to contribute to the conservation efforts initiated by the Ministry of Culture and Tourism of Turkey in Ani. Together with Yavuz Özkaya who has undertaken important projects in Ani, Armen Kazaryan, a scholar of architectural history from Armenia, and Carsten Paludan-Müller, former director of NIKU, who shares the same sensitivities with us, we organized workshops and site assessment visits with the participation of experts from Armenia and Turkey. We believed that the exchange of information and ideas between experts from the two countries would contribute to the ongoing conservation work, and this dialogue would help overcome the prejudices between Turkish and Armenian communities.

We were delighted when Ani was included in the World Heritage List with the support of Armenian delegation at the UNESCO meeting held in Istanbul in 2016. Unfortunately, despite the efforts of civil society organizations, the relationship between the governments of Turkey and Armenia still has not been normalized. The land border, of which Ani is also part, is still closed.

On the occasion of this award, I would like to emphasize the importance of establishing relationships among Turkish and Armenian scholars, experts, artisans, and the people living on both sides of the border. I would like to remind you that there are valuable monuments in the region that are still under risk and need urgent intervention, such as the Mren Cathedral. I believe that Ani will become a “peace park” one day, and it will be able to tell its story both to the people of the region and to all of humanity more robustly.

Thank you for this prize which is so meaningful for me in my present circumstances, but also in relation to my belief in the importance of cooperation around the protection of cultural heritage for bringing people together across national borders and painful historical experiences."